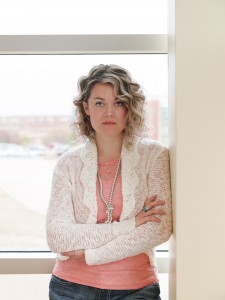 Tara Lynn Thompson has been in hiding too long.  We have no idea if the authorities are after her or she just prefers watching the world from the anonymous shadows, but we’re pulling back the curtain.  Our apologies to her if she’s in the witness protection program.  Tara Lynn is a storyteller, content marketing guru, the wordsmith behind our Thought Particles blog and a girl with far too much introspection not to share her unique, sometimes insightful, sometimes zany, thoughts on the world, the work place, and the human heart.  Also, the human kidney.  Maybe a human lung.  Here she is in all her verbose glory.  Tara Lynn, take it away.

We hovered over a plate of tacos.  Except, I was the one hovering, in between shoving them in my mouth.  He calmly drank tea and watched.

Chris Busch, aka Coach Busch, is a dear friend whose brain I try to siphon off in little, unnoticed chunks during innocuous meetings.  As the President of LightQuest Media 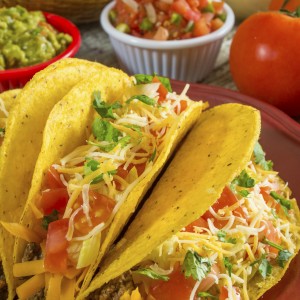 and Chairman of the ORU Alumni Board, Chris is one of those rare birds in life who can, simultaneously, achieve great success while never losing the hungry passion of the struggling class.

In other words, the dude is seriously cool.

Every few months or so, I trick Chris into letting me be in his presence.  He hasn’t figured out yet that the beverages and corn chips are bait.

If it ain’t broke.

Identify Yourself
This time, I was quizzing him about identity, like what happens when we lose ours.  What about those moments we are lost for direction, lost for purpose?  What about those moments we wake up and no longer recognize ourselves?  Our lives?  Our dreams?  I asked him if he had ever experienced that and, after a solid minute of silence where I assumed he was remembering the name of that great shrink he met once at a dinner party, who, as luck would have it, had a patient slot open, Chris answered with a definitive “every time I’m about to make a big change.”

I stopped chomping on tacos.

He took another solid beat and then, dripping wisdom with the same rhythm his glass dripped condensation, Chris laid out the problem.

“Some people are born with an edge.  And most of my life,” he explained, with tea in hand and hand quietly tapping tea, “I’ve been surrounded with people who wanted to round off my edge.”

I nodded with my eyes as big as they get. 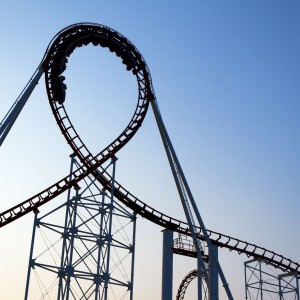 “People without an edge actually have easier lives.  They work at the same company for 40 years.  They clock in and out.  They do what they’re told.  They don’t question things.  And they never feel the frustration that you feel.  Your life, in comparison, is going to be rocky with lots of ups and downs.”

Fabulous.  I do sneak over to a neighborhood playground periodically to have a go at the swing. Who knew it was a metaphor?

Cuts like a knife
Edges are quite uncomfortable, like walking around with a rock in your shoe when you aren’t wearing any shoes.  I asked Chris if you could ignore the edge.  And here is where the rubber met the reality.

“Yes.  I have before.”  Chris leaned back with the most contented smile I’d ever seen on God’s green earth.  “But here’s the thing,” smile firmly in place, “I like me.  I like who I am.  And I like me best with an edge.”

See what I mean?  Seriously cool. 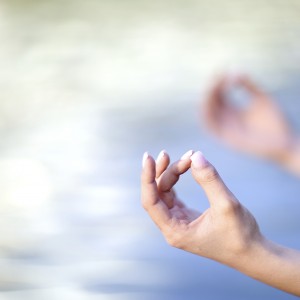 I walked away feeling stuffed, mostly because I ate one too many tacos.  But also calmed. Walking around with an edge creates a lot of discontent, not my goal as a Christian.  It’s like I missed out the day God handed out the lollipops and, instead, I was stuck with a single Tic Tac.

Where’s my contentedness?  My turn-the-other-cheek passivity?  My Zen-like calm that only the perfected people (and maybe those who are high) obtain?

Where there’s smoke
The Apostle Paul is a tough cookie to live up to.  That whole “godliness with contentment” statement has done a number on my head a few times.  I decided maybe I should follow a step-by-step contentment protocol.  And, for anyone interested, John MacArthur has a great one.

But Paul, oh Paul, for all his talk of contentment didn’t live like an ancient Ghandi – all easy-going inactivity.  He lived like a man on an edge.  He lived like a man with an edge.  He never stopped preaching.  Never stopped writing.  Nothing would curve his trajectory, not a beating, not being shipwrecked, not prison, not being chained to guards.

He had a fire in his belly that burned so intensely only action could cool the sting.

When I feel antsy, or unsettled, I blame it on my lack of faith, my lack of contentedness, my lack of Paulness.  Instead of seeing it as a God-implanted edge, like Chris explained, I’ve always viewed it as an area of disappointment for God, as if He’s shaking his head saying, “Tara Lynn, you’re just never going to grow as a Christian, are you?”

So I try to ignore it or pray my way past it.  And all that happens is a sense of lost identity, a sense of purposelessness, and an annoying itch on my right ankle.

and…action
After our (okay “my”) tacos, I started thinking about biblical contentment differently.  One hopes, also, more accurately.

God created me – and you, too, by the way – to be discontent…in the most biblical way possible. He put an edge inside us so that we’d never get too comfortable, or sit too long, or hit our snooze button a third time.  It’s in there so that we’ll take action when action should be taken. So we’ll speak up when someone must.  So we’ll never live life as if we’re only here to run out the clock until eternity starts.

We’re here, with God-given talents, to do stuff.  Paul would back me up on this.

If you’re struggling with a sense of purposelessness, or lack of direction, then I would suggest thinking about your frustrations.  What is eating at you?  What do you want to change in this world, or your world, at work or in your community, in your home or in your kitchen pantry, that is tugging at you and will not relent?  What’s the “big change” that Chris was speaking about that needs to happen?

For now, I’m working mine out.  I have a few projects – one in particular – that absolutely scare me to death to do, so I’m doing them.  When I’m finished for the day, when I’ve left everything I’ve got on the table all spooned out in colorful Fiestaware, that’s when the sting of that edge settles down.

For a few hours, anyway. 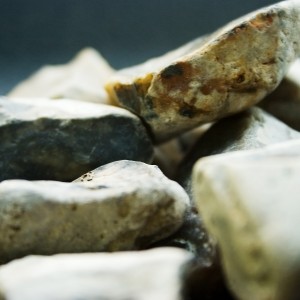 That’s when I rest.  I’ve done what God is prodding me to do.  Now comes trusting that my work is completed and the results are His.  And trusting when the edge comes again (it’s scheduled to arrive tomorrow afternoon around 2:30) God will once again give me the wisdom and ability to act and the faith to rest peacefully after I’m done.  Over and over again.

That’s real contentment.  The lollipop with gum in the middle kind.

Now that I think about it, Paul’s mysterious “thorn in the flesh” sounds an awful lot like a man describing a rock in his shoe.

2 thoughts on “Born to be Wildly Discontent”