From 1985 to 1997, he sat behind the visiting team in the what-was-then-called Capital Centre during the Washington Bullet’s games and, although there were 18,755 other fans in the stadium, he was the loudest voice there.

Ficker, once called the “National Basketball Association’s Most Obnoxious Fan,” would taunt the opposing team to distraction. He motivated LaSalle Thompson to spit on him. And LaSalle wasn’t the only one. Or maybe even the first. He irritated Isiah Thomas of the Detroit Pistons enough to chuck a shoe at him. He even got the eye (or, better stated, the ear) of Charles Barkley, who flew him to the 1993 NBA Finals to heckle Michael Jordan, who once threw a basketball at him.

“At the games I wasn’t drinking alcohol. I never used any profanity. Never made any racial or sexual comments. Never said anything that couldn’t be printed in the paper,” Ficker once told the Bleacher Report. “But I did have a robust discussion of the issues.”

Everything he did, he did it from his seat. Not from the court. Not as a coach, or player, or participant of any kind. He was a spectator. An exuberant watcher. But a watcher, nonetheless.

view from the sidelines
Ficker wasn’t hated. Well…if you exclude the players. Maybe the refs. Most of the coaches. And also the NBA, who passed the “Ficker Rule” in the early 90s that prohibits fans from disrupting the conversation between players and coaches during time outs.

When the Washington Bullets moved from the Capital Centre to the MCI Center in 1997, Ficker’s season ticket seat was moved away from the court. Well away. Far away.

Not only did his targets not appreciate the constant criticism, the team didn’t either. In all his yelling and critique, not one athlete on that court played better. Not even a player with the Washington Bullets. His heckling didn’t improve the game, it only disrupted the action. 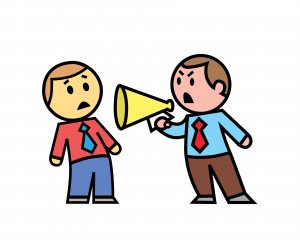 Scroll through the comments of nearly any blog. Criticism from those on the sidelines is as easy as yelling during a sporting event. It requires no skill, practice, quick reflexes, hand-eye coordination, or results. It only requires an opinion. And the lung capacity to scream it.

In our current culture of social media outlets, the sporting event mentality has crossed over from athletics and can now appear at work, church, and even personal interaction. You no longer need to run a marathon to tell runners how to run better. All you need is Facebook. You no longer need the talent to make a movie in order to publicly mock it. All you need is YouTube.

You no longer have to produce anything to have the loudest voice in the arena.

case of the mondays
The Monday Morning Quarterback didn’t play the game on Sunday. But they can tell you everything that went wrong. Criticism after the fact is easy. Doing the work, that takes skill.

For those in management, especially if you are not involved in the actual production of the product, falling into this pattern is a slippery slope. There’s oversight. There’s direction. And then there’s using criticism as a way to feel as if you’ve contributed to a project.

How can you keep yourself, your employees, and your company from being or creating a Monday Morning Quarterback position? Here are a few tips:

Ask for the ball.
Everyone should get their hands dirty at some point in the process. Positions of management that are removed entirely from actual production risk becoming disconnected from the realities of the work, which can lead to poor management decisions in the long run. Even if it’s a small percentage, everyone’s hands should be in in the dirt producing. 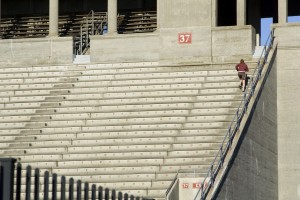 Run the bleachers.
Doing the work provides micro-observations that may not be seen from positions in higher authority. Pay close attention to the actual doers in your company or ministry. They see the details, many of them vitally important, that slip by others.

Huddle up.
If you want an expert opinion about a project, ask the laborer on that project. The producers should be viewed as more than just the muscle or worker bees in your organization, they are your on-staff expert consultants.

When criticism is needed, always do so with graciousness. And never forget that all the heavy lifting has already been done.