In 1963, a loaf of bread was 22 cents.  Buy a pound of chicken for 29 cents and, with your loaf, you could feed your entire family for less than the cost of one small burger on the McDonald’s dollar menu of today.  In fact, these were the days when a dollar could actually take you places, right after you spent it buying three gallons of gasoline. 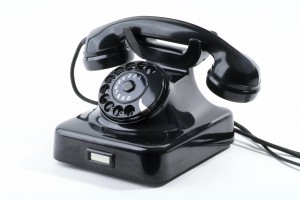 In 1963, rotary phones went to push button dial.  We learned French cuisine with Julia Child. And everybody, absolutely everyone, had Peter, Paul and Mary’s song about a dragon stuck in their head.

Martin Luther King, Jr. had a dream that year.  He told us about it for 17-minutes while standing in front of the Lincoln Memorial.  Our 35th President had dreams, too, but they ended in November when a gun went off in Dealey Plaza.

While Leslie Gore insisted you didn’t own her and the Beatles finally arrived in America, there was a woman in Dallas, Texas who chose that year as the year she had had enough.

She was a business woman.  A sales woman.  A lady with a head for entrepreneurship and the flawless skin to prove it.  And in 1963, she quit.

“Most people live and die with their music still unplayed.  They never dare to try.” – Mary Kay Ash

Mary Kay Ash lived in a world where women in the workplace were more anomaly than normality.  The female gender was rushing into work, but rushing with 60 percent less pay than men. 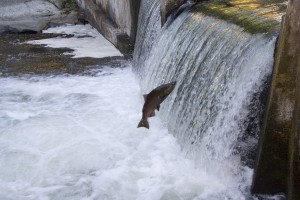 Even in 1963, the year of Betty Friedan’s The Feminine Mystique, the year of evolution, the year “equality” became a dinner table discussion, Mary Kay found herself once again passed up for a promotion in favor of a man, a man she had trained, a man now earning twice her salary.

It was the last time, the very last time, she would play by anyone else’s rules.

Instead, she retired.  At age 45, she walked out and decided to reshuffle the deck.

“You can have anything in this world you want, if you want it badly enough and you’re willing to pay the price.” – Mary Kay Ash

Inside Mary Kay’s head was 25 years of direct-selling business experience.  She had made an art form out of hosting home parties and selling housewares.  Her skills were so remarkable, in fact, she had been hired away from her employer Stanley Home Products in 1952 to work for World Gifts. 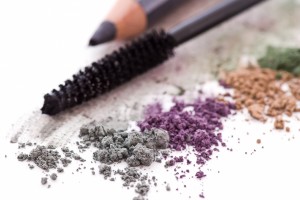 And, yet, promotion after promotion passed her by.

She had intended to write a book.

Instead, she launched a global cosmetics company.

Mary Kay knew business could be different, women could be successful, a company could make their customers feel important, and you could do it all by incorporating the Golden Rule.  She knew this to be true.  Her world, however revolutionary it was in 1963, was still telling her “no.” She didn’t accept that as the final answer.  She rebelled.  She took her savings of $5,000 and said, in essence, ‘watch me prove you wrong.’

And, to this day, Mary Kay, Inc. does.  Every year.  To the tune of $3.5 billion in wholesale sales worldwide.

“For every failure, there’s an alternative course of action.  You just have to find it.  When you come to a roadblock, take a detour.” – Mary Kay Ash

The world in 2015 may be as revolutionary as revolutions come.  Protests are becoming commonplace.  World leaders are marching in the streets.  And, yes, you can fee 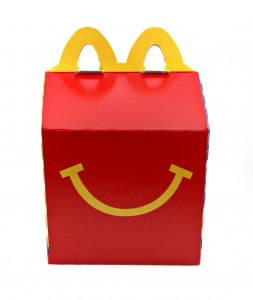 d your entire nontraditional family on the dollar menu at McDonald’s.

Still, even in today’s progressive world, if you have a dream, a new idea, an unconventional method to your madness, then you have obstacles.  Different is never easily made the norm. Even when different is better, faster, more streamlined, more economical, or just makes more common sense.  If what you dream to do or to be is against the tide, then expect a current.  And get prepared to practice your breaststroke.

Quitting is only one of many options.

Here’s the good news: salmon do eventually reach their destination and so did Mary Kay.  Her resistance paid off.  Her ideas were validated, her work rewarded.  Then, instead of a promotion with a salary, she became a CEO and one of histories most successful and recognizable female entrepreneurs.

Not bad for a day’s work.