his turf
In the 1970 World Series, Brooks Robinson played his corner.  That was his portion of the field. His.  He owned it.  Dominated it.  He swung, leapt, crouched, scooped.  He crawled and dove. Threw and snagged.  His arms and legs moved in lanky, unhinged movements as if the bones 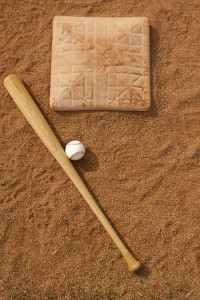 had simply melted during this moment of time so that Brooks could be everywhere at once.

That third base was his.  And he never let anyone else put a finger on it.

In the end, that game would be called the “most dazzling one man show in World Series history.”  And Brooks “the Human Vacuum Cleaner” Robinson would add it to his 23-year major league history and take that game all the way to the Baseball Hall of Fame in 1983.

His contemporaries knew: if you wanted to win, you didn’t send the ball anywhere near third base during a Baltimore Orioles game.

your corner
Brooks may have once imagined himself on first.  Or the outfield.  At some point in his childhood, he may have dreamed of that pitcher’s mound or the cra 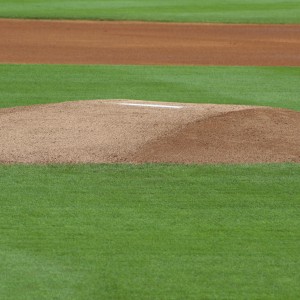 The idea of playing good defense may not have as much appeal as aggressive offense.  As a culture, we’re more apt to cheer when ground is gained, not simply defended, when boundaries expand, not simply stand.

We want to increase our territory.  Not defend our turf.

Yet at this moment, right now in the center of this game called life, we may be called to do exactly that: play defense.

play ball
Although it may not be permanent, there are times God asks us to only play third base.  He wants us to focus on being good stewards of the ground He has given, not eyeing the field beyond with longing.

So how do we play the best game of our lives from third base? 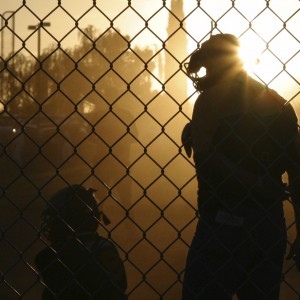 Have good reflexes.
In your position, you will often be the closest infielder to the batter. That requires a nimble stance with reflexes capable of heading in any direction. No matter what comes your way, be prepared to play your part. In your area. The best you can. If you’re disgruntled or resentful of your position, you won’t be primed to move. And move you must.

Have a strong arm.
Third basemen often make throws to first base. It’s a long distance and one that requires strength. You can’t phone this position in. You must stay sharp, stay fit, keep your skills at the top of your game so you can play the best game. Even if it isn’t a position you want, it isn’t a position where you can slack off. Be ready to take out the runner on first when the play enters your perimeter.

Be decisive.
You may need to throw to second, to catch a foul ball, or play the last stretch of defense before an opposition runner heads for home. If you ignore your responsibilities or clock out way before the game is done, you won’t be primed to make split second decisions when they enter your territory.

Third base isn’t a position that often draws notoriety.  Until a Brooks Robinson walks into the sun.  What he taught us with every limber move and every remarkable play is that it isn’t about where you play the game.  It’s about how.

As long as you’re always playing the game of your life, you can play it beautifully, with grace, to stands of screaming fans, even from the corner.