Sue Thomas can’t hear you. She can’t hear anything. And no hearing specialist can explain why. One minute she was an 18-month-old little girl watching television, the next minute the sound simply vanished. Gone. Not coming back. 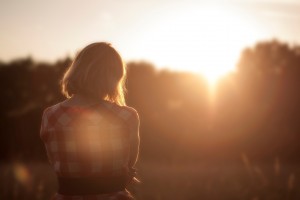 For more than five decades, she’s lived in a world she never wanted.

In the beginning, it stopped her from doing lots of things. Like communicating with her peers. Understanding the conversation in the classroom. Speaking so that anyone could understand. Fitting in.

It didn’t, however, stop her from a television show basing their entire premise on her life accomplishments.

The sound of dread

When Sue lost her hearing, her parents made her a promise. They would do everything possible to help her be part of the hearing world.

At Youngstown Hearing and Speech Center, she learned to speak by imitating vibrations, eventually also becoming a master lip-reader. Her silent world wouldn’t stop her from obtaining a degree in Political Science and International Affairs. Or, later from attending postgraduate work at Case Western Reserve University in Cleveland or Columbia Grate School of Bible Study and Missions.

It also wouldn’t keep her working with an elite surveillance team at the FBI. In fact, it would be the very reason they wanted her, for her lip-reading skills. They were phenomenal. And no one could do the job quite like Sue Thomas could do the job.

The life of an exile

If you’re in a place, a situation, a job, a life that’s uncomfortable, that isn’t what you wanted, that rarely makes sense, you quite possibly belong there. At least for now. The children of Israel could sympathize.

Been there. Done that. 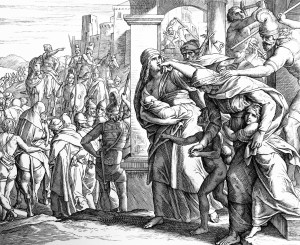 Babylon wasn’t the Virgin Islands. And this was no happy sojourn. The children of Israel had been taken captive by King Nebuchadnezzar and dragged kicking and screaming from Jerusalem to Babylon.

What do you do when you’re stuck in a situation, a place, a life, and all you want is out? How should you respond when you know, absolutely know, this isn’t the place to break ground, but God still seems to keep you stationary?

Maybe you should break ground.

Jeremiah shared a message from God to the children of Israel that, in essence, told them to bloom where they were planted: 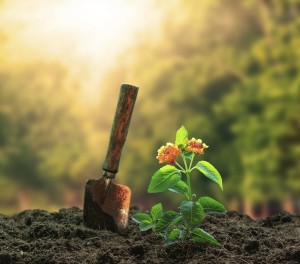 4 This is what the Lord Almighty, the God of Israel, says to all those I carried into exile from Jerusalem to Babylon: 5 “Build houses and settle down; plant gardens and eat what they produce. 6 Marry and have sons and daughters; find wives for your sons and give your daughters in marriage, so that they too may have sons and daughters. Increase in number there; do not decrease.”
Jeremiah 29:4-6

Here’s the real kicker: this is only five verses from a note of hope so powerful, it is a favorite scripture of encouragement and blessing often shared:

11 For I know the plans I have for you,” declares the Lord, “plans to prosper you and not to harm you, plans to give you hope and a future.”
Jeremiah 29:11

When you’re in the exact place you don’t want to be, do you still believe God’s plans for you are hopeful and prosperous?

Make a home in Babylon

For whatever reason, God may want you exactly where you are. There may be lessons to learn, people to meet, growth to be had, and destiny to be discovered. It doesn’t mean you’ll be there always. It does, however, mean He has placed you there for now. And that placement is still part of His plans to bless you.

Accepting is often the most difficult thing we’ll ever fight against, wrestle with, befriend or be 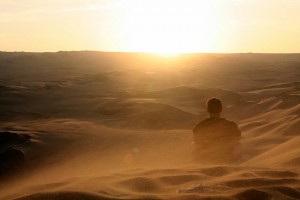 beaten by. Sue Thomas didn’t find acceptance immediately. Being deaf wasn’t the life she had planned, but it opened doors that wouldn’t have opened otherwise.

After her time at the FBI, her story slowly came across the desks of the television industry who produced, “Sue Thomas, FBEye” for the Pax network between 2002 and 2005. Sue also went on to write several books, while traveling for speaking engagements and inspiring everyone she meets.

Even as she now struggles with MS. Even now as she is losing her sight. Even now while living in her foreign land.

“So, many times, I hated being deaf. I had to work through my deafness while in the seminary, and silence became my friend instead of my worst enemy. It is only in our silence that we learn to hear God.”
– Sue Thomas