The first typo stuck in my throat. Wedged in there real good.

I found it at the end of a long workday. Completely by accident. Not even looking. There it was on page 162. Sneering at me. Having itself a big ole laugh at my expense. Snorting and slapping its knee and making an overall jerk out of itself. 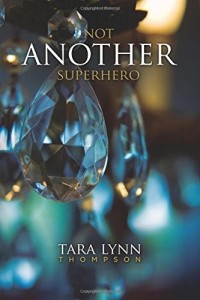 There wasn’t a thing I could do about it. The first order of my first fiction book, Not Another Superhero (http://amzn.to/1Jlap3e), had already been placed. The books, at that very moment, were speeding down the Kilpatrick Turnpike in the brown blur that is UPS.

Dumb typo. If it got to stay, at least it’d be lonely. One typo I could live with.

This has all been a huge typo.

As soon as the books arrived, I started selling them and mailing them. One, in particular, headed off to Los Angeles and a certain New York Times best-selling author and Hollywood screenwriter I’ve been stalking for years. I had interviewed him during my journalism days for a national cover story. He was interesting and sarcastic. Authentic and insightful. He shaved his head and laughed at my jokes. Cool dude.

We stayed in contact because I decided to be his friend. He didn’t need to know this.

While working on an early draft of a prior story a few years ago, I sent him ten rough pages to get some honest feedback. And he delivered:

The day I got that email was bitterly cold. I remember this because I took a long walk in it afterward. Criticism is a necessary evil. It really is. After I came to terms with my failure as a grammarian, I jumped into my vehicle, drove to the bookstore, and spent every last dime I had for the month on grammar books with those ridiculous exercises in the back.

I did every one of them.

Now, at last, I had a finished product. You can hold it in your hands and everything. Like a real book.

After reading it 400 times, spending far too much on a professional editor, and reading it again for mistakes only visible on the 401st review, I hit publish. Now I had 50 copies and one had his name on it. Literally. I wrote it in there in light blue ink. Then I mailed it.

The next day, I found 7 more typos.

Everyone makes typos. We’re only human.

The first time Jerry Seinfeld walked on stage to deliver a stand-up routine, he froze and was booed off. Walt Disney lost his job as a newspaper editor because “he lacked imagination and had no good ideas.” Lucille Ball’s drama instructors told her to try another profession. Stephen King’s Carrie ended up in the trash, exactly where he threw it after receiving 30 rejections.

There’s a pattern here. I just know it. 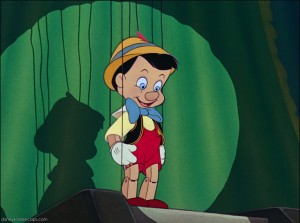 “Don’t let this stop you,” said Michelle, a member of my self-publishing team at CreateSpace. “Stephen King, James Patterson, all those big names, even they struggle with typos. Don’t postpone your book launch. Move forward.”

Great advice. She offered it after I called, wringing my hands and wailing.

“It’s not about perfection,” she said. “It’s about the doing.”

Hmm. Very mature concept. So other people make mistakes, too? I thought it was only me.

To typo or not to typo.

In the fog of disappointment, I’d overlooked an important point: I published a book. Me. I wasn’t talking about it or hoping to do it one day. I did it. As in done.

As a writer friend of mine told me years ago, “Stop trying to be Dean Koontz right now. In the beginning, even Dean Koontz wasn’t Dean Koontz. Everyone has to start somewhere.”

The most important word in that entire bite of advice is “start”. Just Start.

Walk on that stage. Present that idea to your boss. Launch that business. Create that DIY 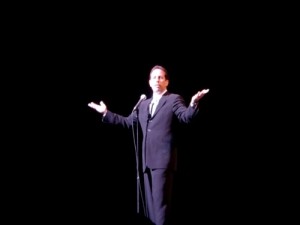 project. Post that blog. Volunteer with that organization. Write that email.

After starting comes the learning. The refining. And, eventually, the adaptation into a feature film, a Broadway musical, a sequel, a television movie, and a remake. Well, for King’s Carrie, anyway.

Typo to the bitter end.

I have no plans to cease striving for perfection. Probably never obtaining, but certainly striving. It won’t, however, keep me stationary.

“Submit revisions later,” Michelle said. “Give it six months. A year. Let your readers find mistakes that you can’t. That way, the next batch will be better. Still not perfect. But closer.” 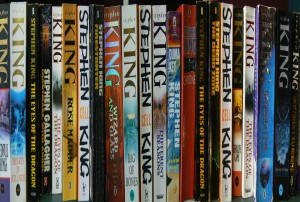 In the meantime, I get to share my story. Flaws and all. And it feels incredible.

I should have embraced my talent for mistakes years ago.

I’m on to book number two now. Readers – that motley crew of risk takers reading an unknown author – are already threatening bodily harm via strangulation, blunt object, or box of detergent flung at my head if I don’t hurry. Imaginative bunch.

I’m not a success. Not yet. But I’ve started. And if the road to being a success must begin with mistakes, then that typo is the best thing I’ve ever done. 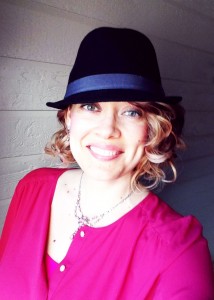 Tara Lynn Thompson is an Emmy and Addy award-winning writer, and author of Not Another Superhero.
http://amzn.to/1Jlap3e

One thought on “The Best Typo I Ever Made”